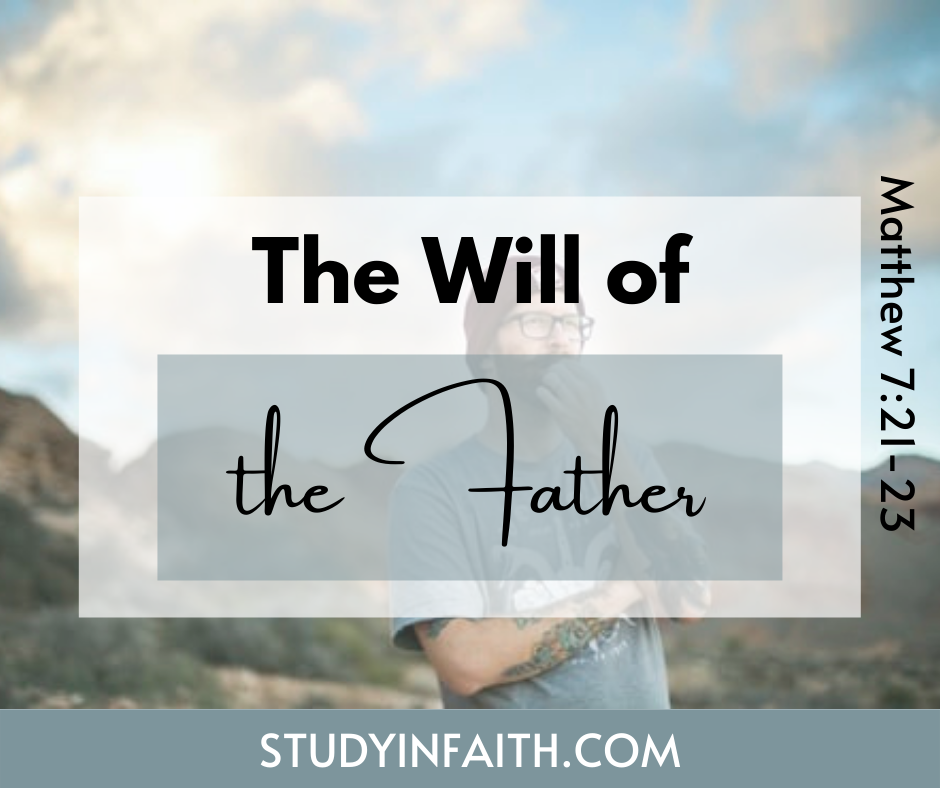 Not every one that saith unto me, Lord, Lord, shall enter into the kingdom of heaven; but he that doeth the will of my Father which is in heaven. Many will say to me in that day, Lord, Lord, have we not prophesied in thy name? and in thy name have cast out devils? and in thy name done many wonderful works? And then will I profess unto them, I never knew you: depart from me, ye that work iniquity.

This statement from Jesus in this week’s scripture reading tends to encapsulate his comments against false prophets from the last study and his chastisement of the scribes and Pharisees from a previous study. They were all condemned for having outward appearances and trappings of religion, yet inwardly they were hypocrites and ravening wolves. The plight of the scribes and Pharisees and their ensuing hypocrisy during the time of Jesus’ earthly ministry was noteworthy. One would think if anyone would be receptive to learning from the Messiah, it would be the religious leaders but that was not the case.

Their dilemma was more in line with the ancient prophet’s comments once proclaimed in reference to the Israelites, “And they come unto thee as the people cometh, and they sit before thee as my people, and they hear thy words, but they will not do them: for with their mouth they shew much love, [but] their heart goeth after their covetousness.” [Ezek. 33:31] Take careful note of this scriptural passage; coming to God, sitting before him, hearing his words, but not doing them. To make matters worse, while they made verbal platitudes toward God, their heart was more aligned with iniquity.

Several centuries ago, hypocrisy was prophesied about and that it was to prevail among the people and their leaders in the sense that, what was said by them, was not done by them. Fast forward to the New Testament even after the ascension of Jesus to heaven, and you will find the apostle Paul also writing about this same plight, “They profess that they know God; but in works they deny [him,] being abominable, and disobedient, and unto every good work reprobate.” [Tit. 1:6] These were indeed not examples of the will of the Father but then what exactly his God’s will for us?

The apostle James wrote of this same point that Jesus was speaking about in his own letter by saying, “But be ye doers of the word, and not hearers only, deceiving your own selves. For if any be a hearer of the word, and not a doer, he is like unto a man beholding his natural face in a glass: For he beholdeth himself, and goeth his way, and straightway forgetteth what manner of man he was. But whoso looketh into the perfect law of liberty, and continueth [therein,] he being not a forgetful hearer, but a doer of the work, this man shall be blessed in his deed.” [Jam. 1:22-25] This verse says a lot in a brief moment of scripture but in short, we must do God’s will to be true children of the Father.

The contrast in this week’s scripture reading is therefore between those who do the will of the Father and those who are workers of iniquity. Iniquity, or moral evil was first recorded in scripture in the first book of the Old Testament from [Gen. 15:16]. It is recorded primarily in Leviticus, mainly due to the need for the sacrificial atonement of iniquity committed among the Israelites [Lev. 5:1]. It is also heavily referenced in the Psalms such as the plea from David to be rescued from his own iniquity [Ps. 31:10] and to be delivered from workers of iniquity [Ps. 59:2].

The prophets also foretold of iniquity among both the Israelites [Is. 1:4] and the nations [Jer. 25:12]; these being just honourable mention close to three hundred Bible verses on iniquity. But, what is the source of iniquity in people, where does it come from? As David wrote, it was summed up quite simply, “Behold, I was shapen in iniquity; and in sin did my mother conceive me.” [Ps. 51:5] This explains why David frequently made his plea to do the will of the Lord, “Teach me to do thy will; for thou [art] my God: thy spirit [is] good; lead me into the land of uprightness.” [Ps. 143:10]

God’s Will in your Heart

This all tends to bring us to the point that lasting change and a desire to do the will of the Father will only come through belief and faith in what Christ has already accomplished through his death, burial and resurrection as atonement for your sins. This is the life changing moment waiting for you in Christ and it will be the catalyst for wanting to do the will of the Father.

Consider how this occurred during a prayer of Jesus when submitting to the Father’s will in subordination of his own will, “Saying, Father, if thou be willing, remove this cup from me: nevertheless not my will, but thine, be done.” [Luke 22:42] As Jesus taught his disciples on how to pray, a principal component of it also rested on praying to do the Father’s will as he said in this passage of scripture, “Thy kingdom come. Thy will be done in earth, as [it is] in heaven.” [Matt. 6:10]

God’s Will in Christ

To close off this Bible study on the will of the Father, it is important to give some clarification on doing God’s will in contrast to his saving grace. People are not saved by their own effort or good works; those are rather evidence of being saved in the first place. As Paul wrote, “Not by works of righteousness which we have done, but according to his mercy he saved us, by the washing of regeneration, and renewing of the Holy Ghost; Which he shed on us abundantly through Jesus Christ our Saviour; That being justified by his grace, we should be made heirs according to the hope of eternal life.” [Tit. 3:5-7]

With these things in mind, let us close with some words of reassurance for believers in their daily walk with God. Paul phrased one of them, “Being confident of this very thing, that he which hath begun a good work in you will perform [it] until the day of Jesus Christ.” [Phil. 1:6] Wherever you are in life, if you have not taken the first step to believe and have faith in the Lord Jesus Christ, this is your opportunity to come to him now in prayer, for no greater peace comes from God who will be with you, for eternity, helping you to do the will of the Father.